HAND SOLO: A life without limits 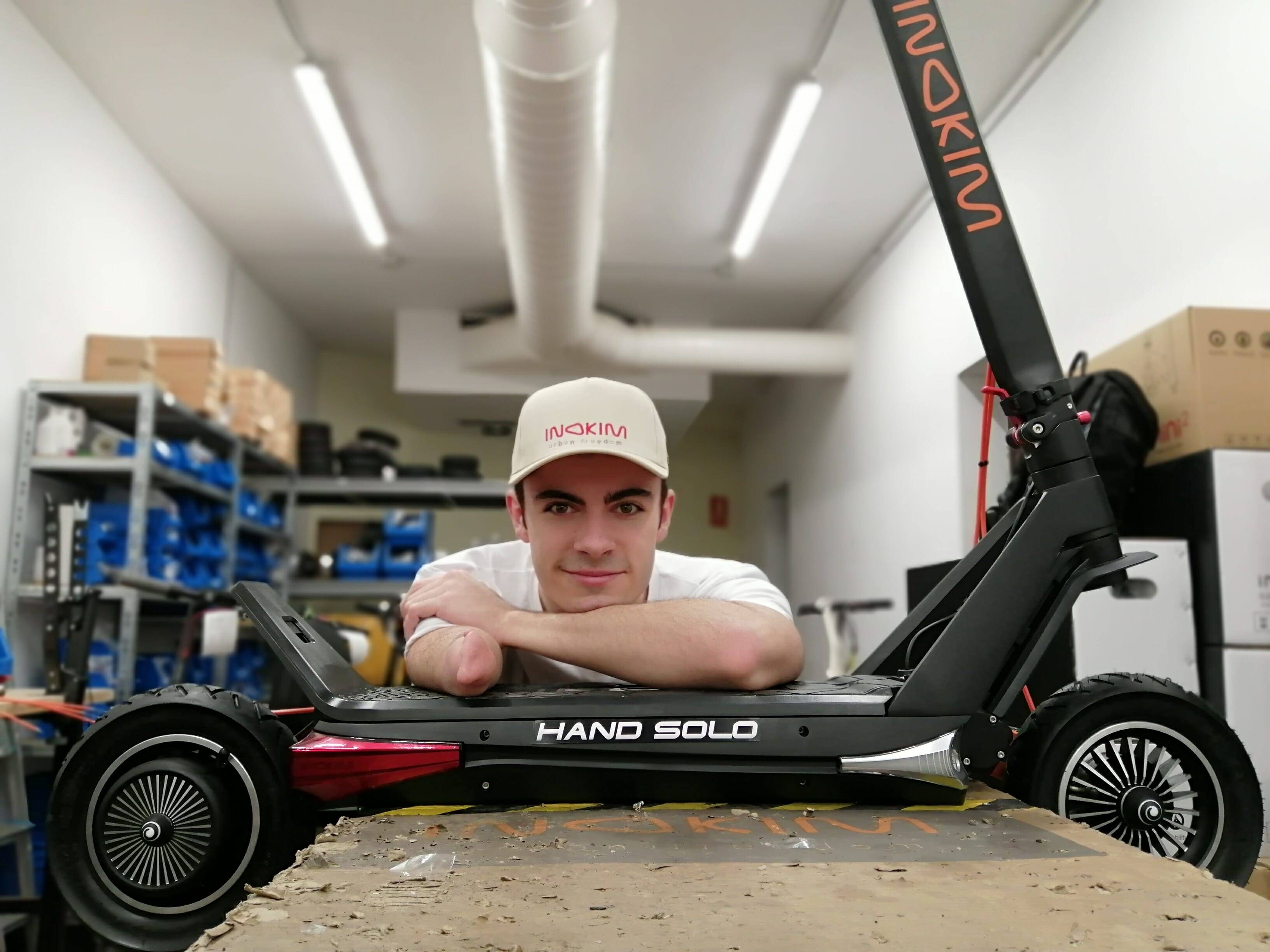 HAND SOLO: A life without limits

David Aguilar (better known as Hand Solo), is a 20-year-old boy who was born with a congenital disease called “Poland syndrome”, a disease that did not allow him to develop his pectoral muscle and right forearm. 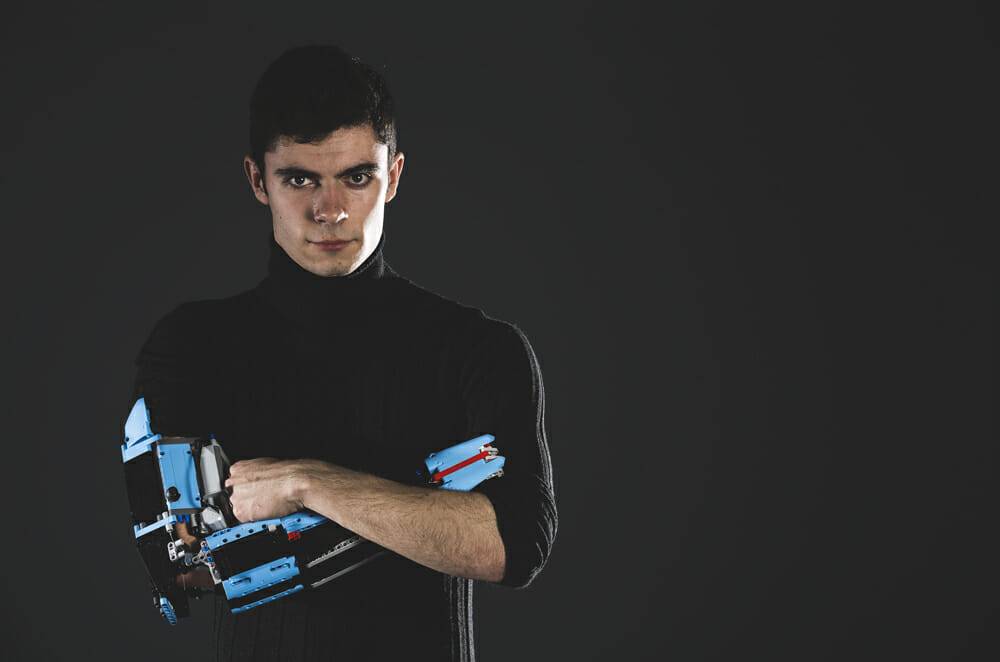 Instead of being an impediment for him, and with the tireless support of his family, David transformed it into an opportunity. Not only to improve his personal situation, but also to be able to help other people.

He built his first prosthesis at age 9 with LEGO and, currently, he has already developed four different versions of prostheses (MK-1,2,3 and 4) and is preparing the fifth one.

But the story is far from its ending. David is studying Bioengineering at the International University of Catalonia (from whom he received the 2018 Innovation Award) in order to become an even better profesional and also to be able to help other people who need it.

In addition, David travels the world doing motivational conferences in order to inspire those who, in some way, live similar situations like him.

And what role does INOKIM have in this story?

David is a boy who never stop: He goes to college, goes to the gym, develops personal projects, meets friends, etc. And this, together with his commitment to sustainable mobility, led him to choose the electric scooter as his usual transport.

David’s father, Ferran Aguilar, played a key role. In addition to presenting David’s story to INOKIM, Ferran developed the system to adapt a “common” scooter to David’s situation: He created a prosthesis with a friend and also developed an special braking mechanism for his scooter. 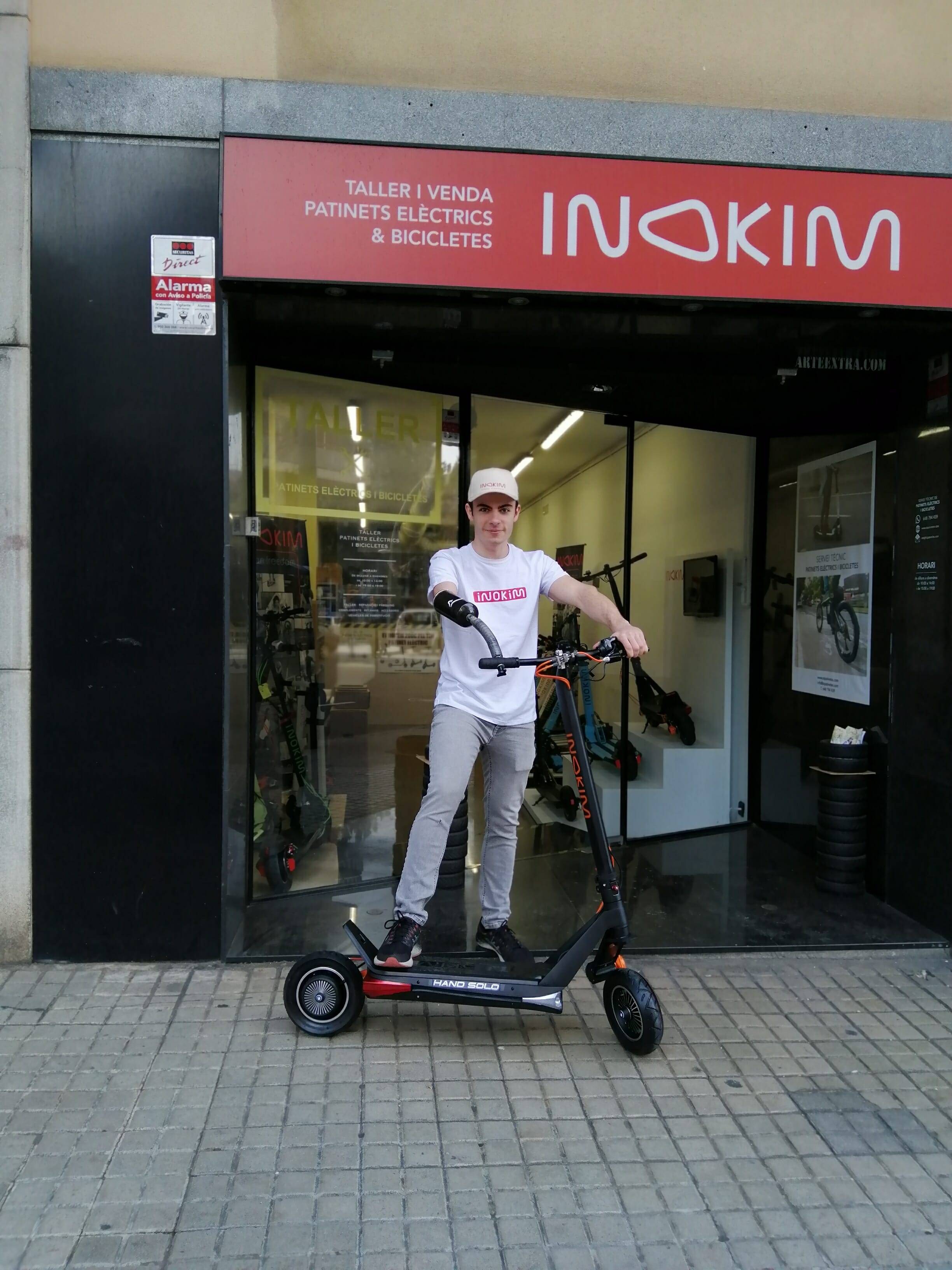 Last January 2020, David and Ferran visited us at the INOKIM workshop in Barcelona and, together with Cristian, responsible of the technical service, transformed one of the INOKIM models so that David could drive it in the safest and more comfortable way.

The model chosen was the INOKIM OX Super. He chose it after having tested different models of different brands. And beyond choosing him for its power and autonomy, he was convinced by its safety.

We can assure you that, for us, it has been a real pleasure to have been able to help David moving in a more comfortable and safer way. And we hope that, from this collaboration, many more cases of people wanting to fight their limits will be born.

PrevAnteriorINOKIM FOR COMPANIES
SiguienteHow to increase the life of your scooter?Next 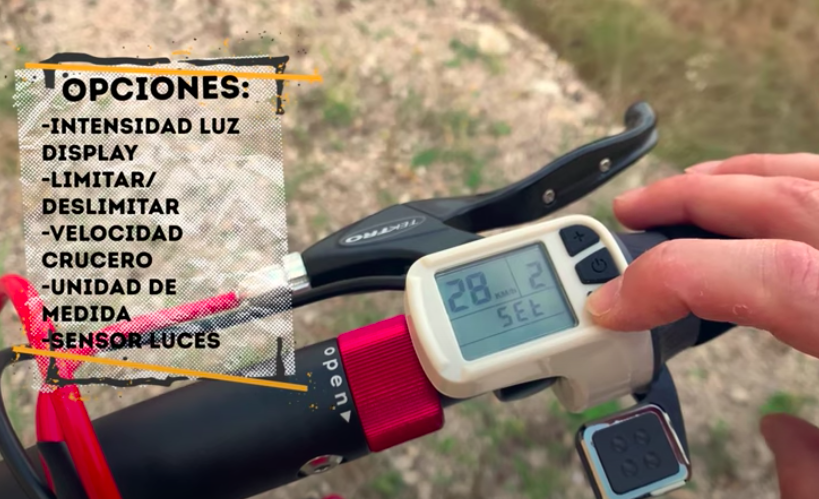 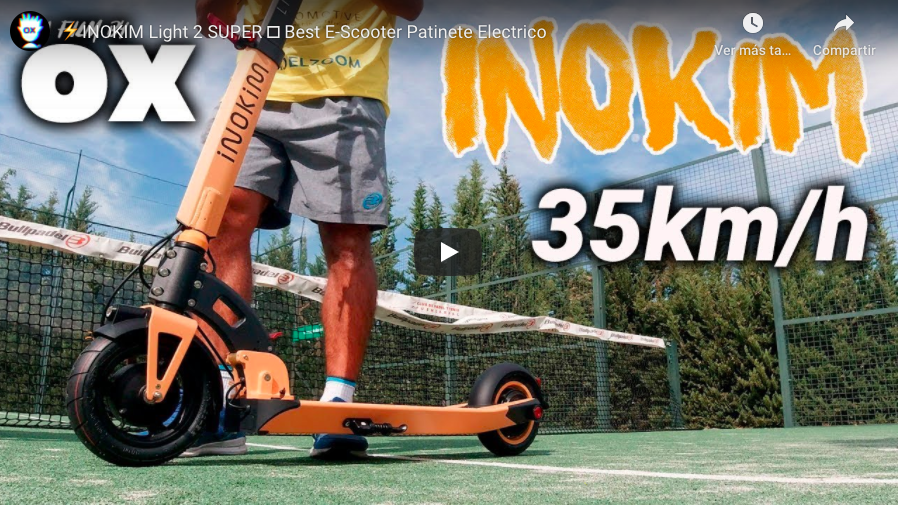 There are a multitude of videos on the net that allow you to better understand Inokim scooter models. Among all of them, a review of 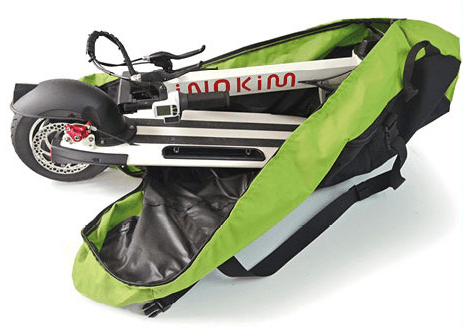 How to increase the life of your scooter?

In this post, we propose some tips that will improve the life and performance of your scooter’s battery. And although they are always applicable,